The Motor Accident Claims Tribunal -cum- State Appellate Tribunal, Cuttack was functioning in a rented building at Jhanjirmangala, Cuttack which was inconvenient for the litigant public as well as for the lawyers practicing in this branch of law due to non-availability of sufficient accommodation and parking place etc. Hence demand was raised by the lawyers practicing in this branch of law for shifting of Tribunal to a suitable place preferably to a Govt. building which remained unheard by the authority concerned. Similarly the lawyers who were attending before the Court of W.C. Commissioner at Old Secretariat, Cantonment Road, Cuttack also were facing so many difficulties. Therefore formation of an association of the lawyers practicing in M.A.C.T, W.C, & S.T.A.T was felt necessary..

Mr. Ashok Kumar Bhuyan, the then young lawyer along with Mr. Anirudha Nayak, Mr. Biswambar Beura, Mr. Jyotindriya Mohanty Mr. Satyanarayan Satpathy Mr. Sriharsa Khuntia & Mr. Jyoti Ranjan Mohanty, initially and informally talked to the leading & Senior lawyers of this branch namely Dr. Tahali Charan Mohanty, Mr.Hemant Sarangi, Mr. Mahitosh Sinha, Mr. Surendranath Mohanty, Mr.Biranchi Mohanty, Late Ajay Kumar Mohanty, Late Puranjan Ray, Late Sarat Kumar Mohanty, Late Basanta Kumar Mishra and Mr.Nityananda Prusty, who subsequently became a Judge of Hon’ble High Court of Orissa for formation of an Association. That is why several meetings followed by picnic and feast were called for at different places such as Jagatpur Irrigation InspectionBungalow, Nuapatna R & B Inspection Bungalow and Sagar Hotel, Dolamundai. It was unanimously decided at Sagar Hotel to form an Association of lawyers practicing in this branch of law and a committee was formed under the Chairmanship of Mr. Narendra Kumar Mishra to prepare the By-Law of the Association. Subsequently the Association was formed with Late Ajaya Kumar Mohanty as its President, Dr. Tahali Charan Mohanty as its Vice- President and Mr. Debabrata Das as its Secretary who represent Insurance side, Claimant’s side & Transport side respectively and other office bearers were also nominated. Mr. Ashok Kumar Bhuyan who initiated the formation of Association did not accept any post of office bearer of the Association but sincerely looked after the organization & prepared all the papers for Registration of the Association along with Mr. Anirudha Nayak, the then Joint Secretary and accordingly the Association was registered by Government vide Regd. No.11459 / 858 / 92-93.With the efforts and demands of the newly constituted Association “The Motor Accident Claims Tribunal cum- State Appellate Tribunal, Cuttack” was shifted from Jhanjirimangala to another rented building at Sector-6, CDA, Cuttack. Similarly the Association through agitation succeeded to postpone the proposal of the Government to shift the then Office of D.L.C.-Cum-W.C. Commissioner from Old Secretariat campus to a far distance place at Nuapada. 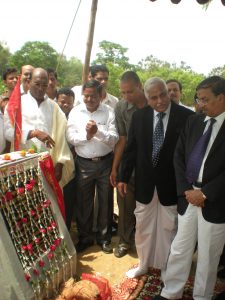 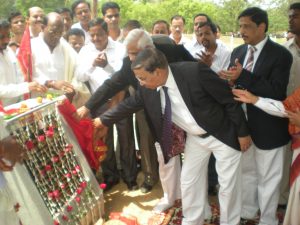 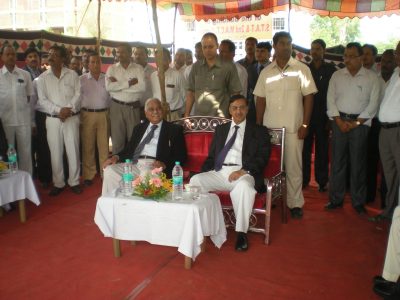 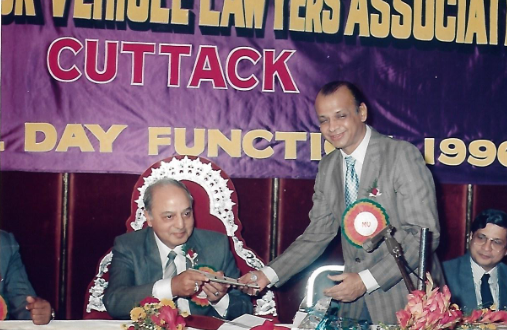 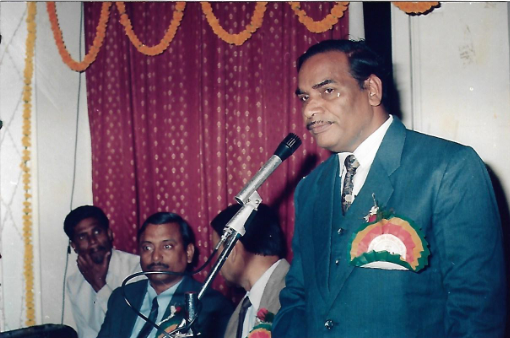 A grand function was arranged in Hotel Akbari Continental, Cuttack on 18.12.1996 and the then Hon’ble Chief Justice of Orissa High Court, Mr. Justice S.N.Phukan was invited as Chief Guest along with Hon’ble Justice Mr. Arijit Pasayat and Hon’ble Justice Mr. Deepak Mishra were also invited as Guest of Honour. And all the Hon’ble Judges of Orissa High Court, the Learned District Judge, Cuttack, the Learned Motor Accident Claims Tribunal- cum- State Appellate Tribunal, Cuttack and other judicial officers of the district graced the function and all the Presidents & Secretaries of other Bar Associations of Cuttack were also invited as a result of which the function achieved a great grand success. On the said occasion a souvenir was also published by our Association. Thereafter an election was held in the year 1997 under the initiation of Late N.N.Mishra. Late Ajaya Kumar Mohanty was elected as president, Dr.T.C. Mohanty became the Secretary &. Mr. Kishore Kumar Jena became its Vice-President. After Super Cyclone in the year 2000 Dr.Tahali Charan Mohanty, became the President of this Association and Mr. Ashok Kumar Bhuyan became its Secretary. This body continued for more than a decade and during this period the MOTOR VEHICLE LAWYERS’ ASSOCIATION, CUTTACK was also affiliated to Odisha State Bar Council by the initiation of Dr. Tahali Charan Mohanty, who was also the then member of the Odisha State Bar Council. The rented house at CDA where the Tribunal was functioning also became very congested for Lawyers Community and litigant public for which the Association demanded a permanent building for the Tribunal before the Transport Department of Govt. of Odisha. However to pressurize on Government for construction of a permanent building for the Tribunal Mr. Hemanta Kumar Sarangi, one of the leading members of this Association gave a proposal to call for a strike & the Association also supported the demand raised by Mr. Hemant Sarangi and the strike continued for long period. In the mean time Dr. Tahali Charan Mohanty the then President of the Association and Mr. Ashok Kumar Bhuyan the then Secretary of the Association moved to the Hon’ble High Court of Orissa by filing a writ petition for the said cause of action and the Hon’ble Court was pleased to direct the Cuttack Development Authority to provide land to Transport Department for the construction of M.A.C.T. building and also directed to the State Government to provide funds for the same. 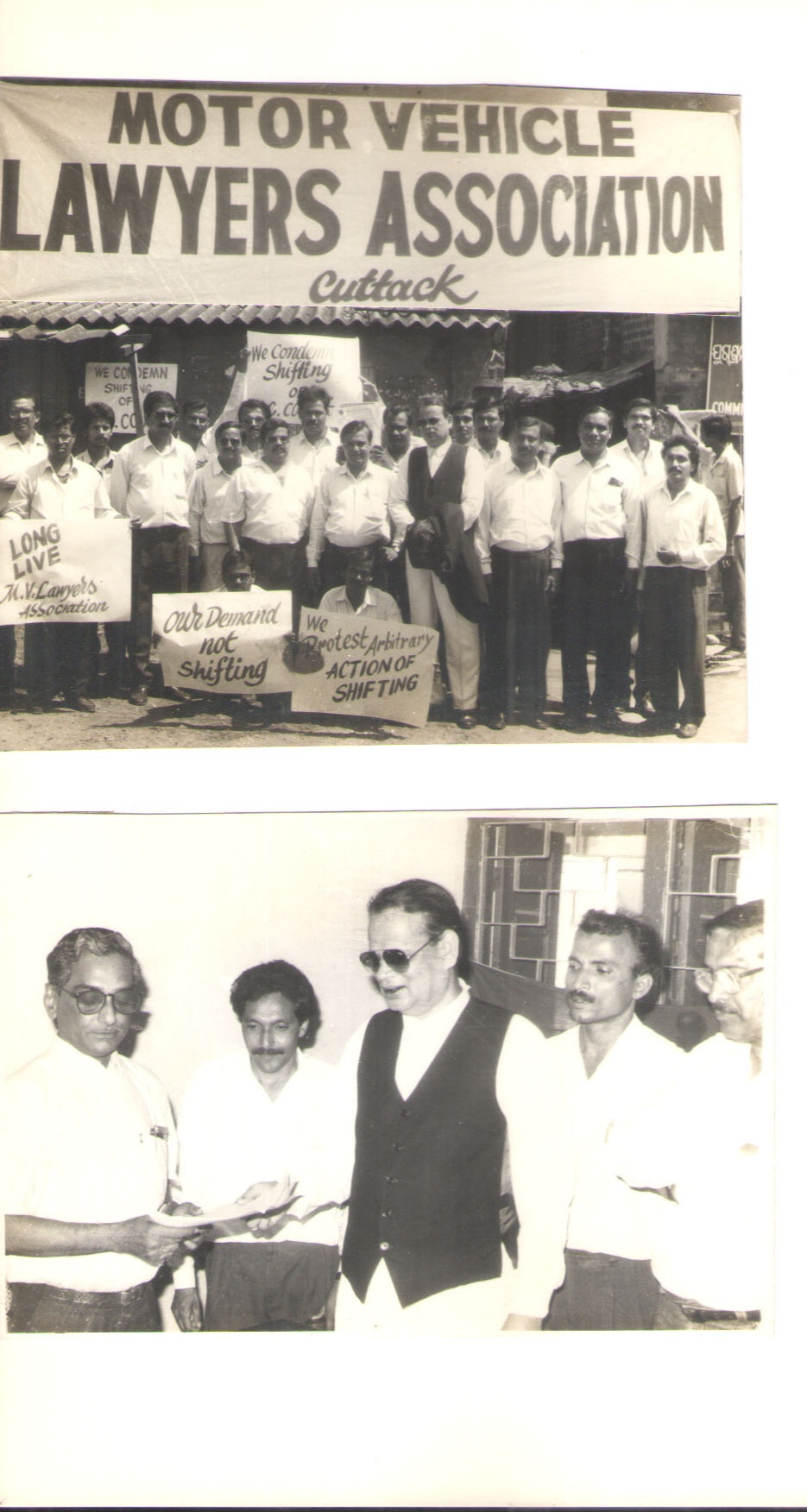 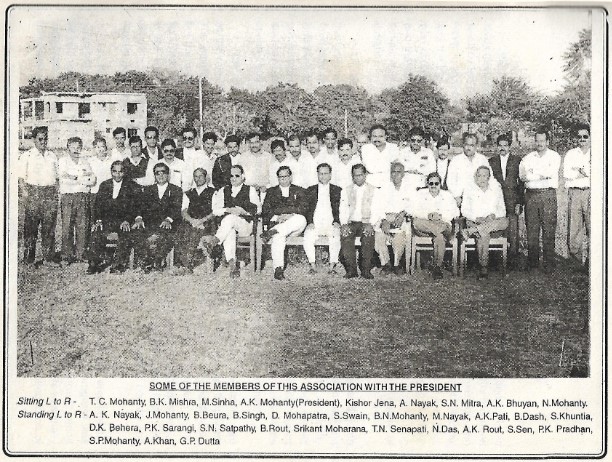 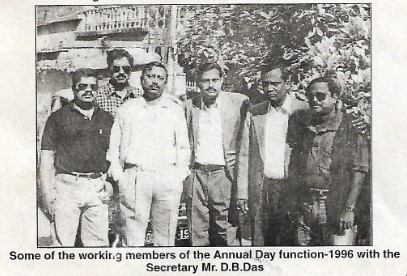 How We Have Grown Up !

Accordingly the foundation stone of the present building in which The Motor Accident Claims Tribunal -cum- State Appellate Tribunal, Cuttack is now functioning was laid down by the then Hon’ble Chief Justice of Orissa High Court Sj. V.Gopalgowda which was subsequently inaugurated by the then Hon’ble Chief Justice Sj. Veenit Saran, in presence of all other Judges. Thereafter In the said building the “Motor Vehicle Lawyers Association, Cuttack” is also functioning. Dr. Tahali Charan Mohanty, Senior Advocate & the President of this Association subsequently became the President of Orissa High Court Bar Association and Chairman of Odisha State Bar Council. In the year 2013 an election was held & Mr. Hemanta Kumar Sarangi was elected as its President and Late Dwarika Prasad Mohapatra was elected as its Secretary followed by Mr. Bhagirathi Dash elected as President and Mr. Bijay Kumar Mohanty elected as Secretary and followed by Mr. Jitendra Mohanty elected as President and Mr. Bijay Kumar Mohanty re-elected as Secretary. Thereafter an Interim Committee was formed by the Odisha State Bar Council in which Mr. Bhagirathi Dash became the Chairman of the Interim Committee and Mr. Ashok Kumar Bhuyan became the Secretary. In the new building not only the “Motor Vehicle Lawyers Association, Cuttack” is functioning but also a library has been opened by this Association named as Dr.Tahali Mohanty Library for which the books have been donated by his son Mr. Jitendra Mohanty, a former President of the Association. Further by the order of the Hon’ble High Court, the Court of OPID and the Court of Transport Magistrate, Cuttack have also been recently shifted to this building. Let long live our Association.****

Over 31 Years of Experience

A Team of Awarded Lawyers

Committed To Helping Our Clients Succeed